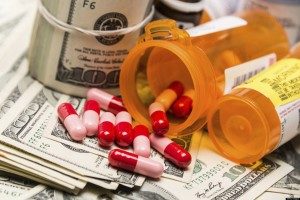 The masters of science at the NIH, CDC and the FDA have made it their priority to snuff out any cheap, effective solutions for combating viral infections. These agencies have suppressed known treatments, nutraceuticals and anti-viral extracts, to make way for historic investments in new vaccine technologies and other profiteering scams generated by Big Pharma. The latest profiteering scam is Merck and Pfizer’s “anti-covid” pills. Merck’s new treatment plan (Molnupiravir) costs $700 for ten pills! The study that guarantees its effectiveness is not very promising at all and still rendered hospitalizations and deaths in the treatment arm of the study. Pfizer’s new DNA polymerase inhibitor (Paxlovid) is a part of an experimental two-drug protocol that uses properties ripped off from ivermectin. Ivermectin, of course, is a cheap, effective medicine modeled from a specific species of bacteria. Ivermectin has been used safely for decades, but was repeatedly censored, smeared and lied about during the covid-19 scandal, even though Africa, among other places, has used it with great efficacy to combat respiratory infections for decades.

Merck joins the racketeering corruption, with new profiteering scams of their own

Pfizer’s new Paxlovid can only be prescribed as a two-drug protocol and requires a companion prescription for an HIV-drug named ritonavir. This protocol remains an “investigational drug” -- not fully approved by the FDA. The drug is under the FDA’s emergency use authorization and is therefore experimental. Pfizer has nothing to worry about because they cannot be held liable if the drugs harm people, just like with their mRNA vaccine experiment. Merck’s up-and-coming profiteering scam is a “blockbuster drug” that goes by the name molnupiravir. This oral drug functions as a nucleoside agonist. It delivers N-hydroxycytidine into the cell, which is then converted to NHC triphosphate. This NHC triphosphate is incorporated into viral RNA by viral RNA polymerase and subsequently misdirects the viral polymerase to incorporate either guanosine or adenosine, disrupting viral replication. Because this drug can cause unknown risks to mammalian cells, the treatment is limited to ten pills over the course of five days. The treatment will cost a whopping $700. In comparison, a course of ivermectin costs only $20. Vitamin D, zinc and vitamin C are even less expensive than that, and provide exactly what the body needs to overcome just about any respiratory infection associated with covid-19. In the molnupiravir study, 68 of 699 in the placebo group were hospitalized or died after the twenty-nine-day observation period. A slightly smaller number of people who took molnupiravir (48 of 709) were hospitalized or died after the twenty-nine-day observation period. The study did not mention what kind of medical care the two groups received. Had the placebo group received an actual anti-viral treatment, would most of these people have recovered? Comparing an experimental drug to substandard medical care and withheld treatments is not the proper way to study the drug’s efficacy or approve it for millions of Americans.

The U.S. government made these experimental drugs a success overnight with a $5 billion contract to obtain and distribute the new drugs. Dr. Anthony Fauci and the Biden regime have worked very hard to suppress all competing treatments across social media and on cable news, in a coercive effort to bring Pfizer, Moderna, Johnson & Johnson and Merck’s highly profitable scams into existence. Pharmaceutical companies, along with Dr. Fauci’s NIAID, the CDC and the FDA have clearly been running a racketeering operation during the covid-19 scandal. These rogue institutions use the hysteria of covid-19 and fraudulent medical diagnostics to deprive people of their civil liberties, to suppress their immune systems, to deny proven treatments — all to claim political and financial dominion over people’s lives. Doctors across the nation have only begun to speak out, as this system of coercion, abuse and racketeering dictates their very existence as medical professionals. Many medical professionals are beginning to defy gag orders and speak out about the suppression of efficacious medicine and the doctor-patient relationship, and the gross harms of this medical experimentation. Sources include: Kunstler.com NEJM.org NaturalNews.com NaturalNews.com NaturalNews.com MedPageToday.com
Mastodon
Parler
Gab
Copy
Tagged Under:
Big Pharma racketeering Merck rigged medical fraud profiteering Pfizer patients drug companies Drug Dealers medical mafia badscience badhealth badmedicine pharmaceutical dependence dominion medical fascism Dr Fauci ivermectin withheld treatment gag orders censored treatments profiteering scams
You Might Also Like