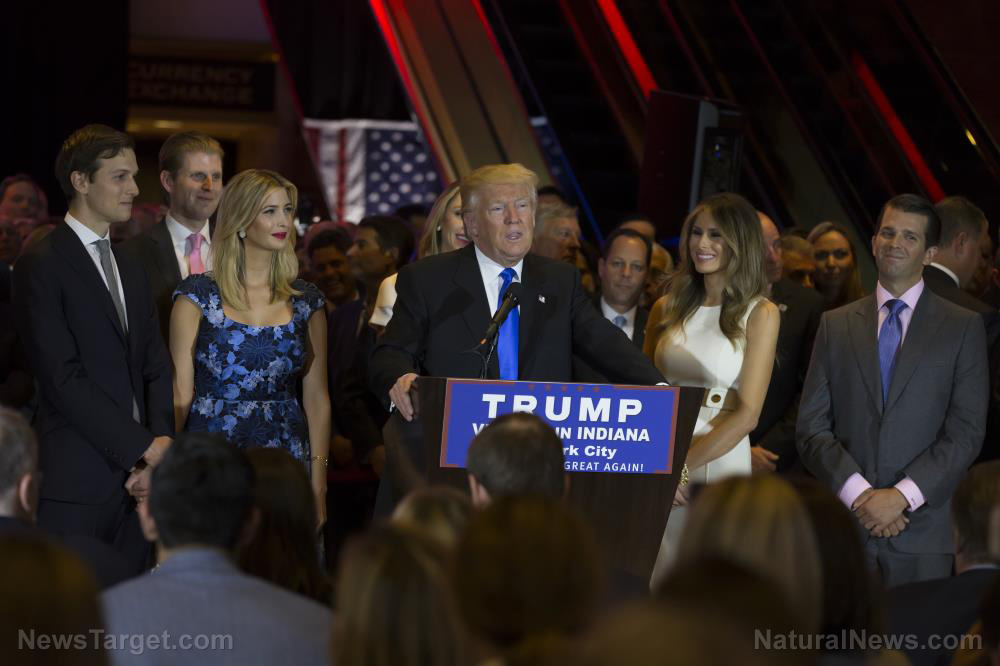 At his most recent rally in Cullman, Ala., President Donald Trump was booed by his fans for once again trying to twist their arms into getting "vaccinated" for the Wuhan coronavirus (Covid-19). The self-proclaimed "father of the vaccine" was forced to quickly change the subject after he was met with loud disapproval over his stance on the "Operation Warp Speed" injections, of which he has repeatedly taken ownership. "I believe totally in your freedoms," Trump stated. "I do. You've got to do what you have to do. But I recommend: take the vaccines. I did. It's good. Take the vaccines." These words prompted the crowd to switch from lighthearted cheering to boos, prompting Trump to joke about how if the vaccines do not work, "you'll be the first to know." "I'll say, hey, you know what? But [the vaccine] is working," Trump responded to his audience. "But you do have your freedoms you have to keep. You have to maintain that." This would be the umpteenth time that Trump has told his supporters to get the jab, pushing the same propaganda as Joe Biden and other politicians. The only difference is that Trump claims to support the right to choose. The problem with this, of course, is that now that Trump has unleashed the jabs, the next regime is trying to mandate them. None of this would have been possible had Trump not created "Operation Warp Speed" in the first place.

Diehard Trump supporters continue to claim that the former president had no choice in promoting Operation Warp Speed. Had he not, they often say, then he would have faced the ire of the "deep state" for not cooperating. Truth be told, Trump was a constant target of the deep state, or so it seemed, for the entirety of his presidency and even beforehand. He is also no longer president, and has no reason to still be paying lip service to the plandemic if that is really all he was ever doing. The fact that Trump continues to double down in support of the vaccines speaks volumes as to his true character. Was he really just controlled opposition all along? Does he still have some "4-D chess" moves up his sleeves? Some of his now-former supporters believe that Trump was a pied piper Trojan Horse all along, and that his purpose was to string along conservatives to get Operation Warp Speed into place. Had Hillary Clinton been installed instead of Trump, the plandemic certainly would have played out a whole lot differently. Leftists would have gotten jabbed regardless, but it would have been a much tougher sell for conservatives. With Trump at the helm, at least some conservatives went along with the ruse, believing Trump's rhetoric about getting the injections to the world at "warp speed" when it otherwise would have taken years, supposedly lengthening the plandemic even more. "Incredible. And still so many worship at his feet as if he is the Savior," wrote one commenter at WND about Trump's latest vaccine push in Cullman. "The Donald is not the man they believe he is. Mr. Flip-Flop, the former Caver-in-Chief. Just a big mouth, that's all. And all about 'me, me, me." "The true treasonous 'scumbags' and proponents of crimes against humanity must first be caught in the act," responded another, offering a counter point of view. "The vaccination effort is a genocide. There is no pandemic. Trump returns in 2021. We will tire of watching execution for treason and crimes against humanity." The latest news about Fauci Flu shots can be found at ChemicalViolence.com. Sources for this article include: WND.com Archive.is NaturalNews.com
Mastodon
Parler
Gab
Copy
Tagged Under:
vaccines propaganda Trump killing deaths pandemic health freedom supporters badhealth injuries vaccine wars COVID Plandemic Operation Warp Speed Cullman
You Might Also Like