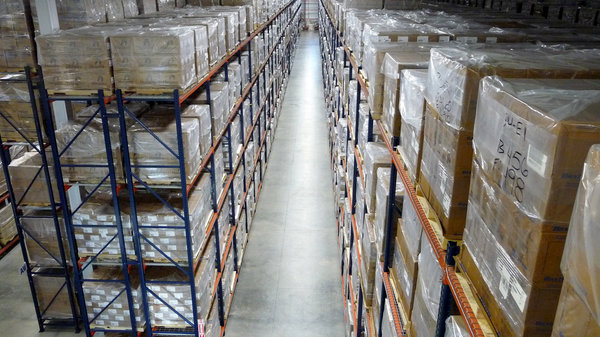 At a time when food prices are already soaring due to runaway inflation (thanks, Federal Reserve), communist China is reportedly buying up food and other supplies as part of a massive government stockpile. More than half of the world's maize (corn), rice and wheat is now owned by China, which is home to less than 20 percent of the world's population. China is basically hoarding everything edible it can get its hands on, even while its own citizens starve to death in government-mandated Wuhan coronavirus (Covid-19) lockdowns. The Chinese food stockpile is contributing to even higher food prices than what is already being seen due to Wall Street corruption and the runaway printing of fiat "Monopoly" currency. One of China's largest stockpiling bases is located at the port of Dalian and is owned by COFCO Group, a major Chinese state-owned food processor. This facility stores beans and grains gathered both domestically and abroad. All of it is stored in giant 310 silos, having been delivered there via both rail and sea. According to Qin Yuyun, the head of grain reserves at the National Food and Strategic Reserves Administration, China is currently maintaining food stockpiles at a "historically high level." "Our wheat stockpiles can meet demand for one and a half years," he further explained to reporters back in November. "There is no problem whatsoever about the supply of food."

China now hoarding 460% more food compared to a decade ago

The U.S. Department of Agriculture (USDA) estimates that in the first half of the crop year in 2022, China will amass 51 percent of the world's wheat crop, 60 percent of its rice, and 69 percent of its maize. Compared to the past 10 years, these figures represent an astounding 20 percent increase. In 2020 alone, China spent $98.1 billion importing food – and this figure does not even include beverages. This represents a 460 percent increase compared to a decade ago, according to the General Administration of Customs in China. During the period from January through September in 2021, China imported more food than it ever had since at least 2016, which is when associated data first started getting reported. "Over the past five years, China's soybean, maize and wheat imports soared two- to twelvefold on aggressive purchases from the U.S., Brazil and other supplier nations," reported Strange Sounds. "Imports of beef, pork, dairy and fruit jumped two- to fivefold." Part of the way China has managed to accomplish this is by having Chinese companies acquire overseas companies. They then funnel all the food and goods back to China, depriving the rest of the world of access. One such example is WH Group, a leading Chinese meat processor that acquired a European competitor back in June. Inner Mongolia Yili Industrial Group also purchased a leading New Zealand dairy company back in 2019. Meanwhile, food prices are rising dramatically. The United Nations Food and Agriculture Organization (FAO) compiles a food price index which as of last November found that food prices are about 30 percent higher compared to one year prior. "Hoarding by China is one reason for rising prices," says Akio Shibata, president of the Natural Resource Research Institute in Tochigi Prefecture, located north of Tokyo. While it is true that China has to import grain and other food because domestic production is unable to keep up with demand, the communist regime is also hoarding while taking control of foreign food companies in an act of economic warfare. "Agricultural productivity in China is low due to the dispersion of farmland and soil contamination," says Goro Takahashi, a professor emeritus at Aichi University and an expert on Chinese agriculture. "The amount of agricultural production will continue to stall as farmers migrate to urban areas." More related news can be found at Collapse.news. Sources for this article include: StrangeSounds.org NaturalNews.com
Mastodon
Parler
Gab
Copy
Tagged Under:
collapse China Food storage food prices food supply famine war big government panic chaos shortages hoarding stockpile inflation scarcity price increase
You Might Also Like