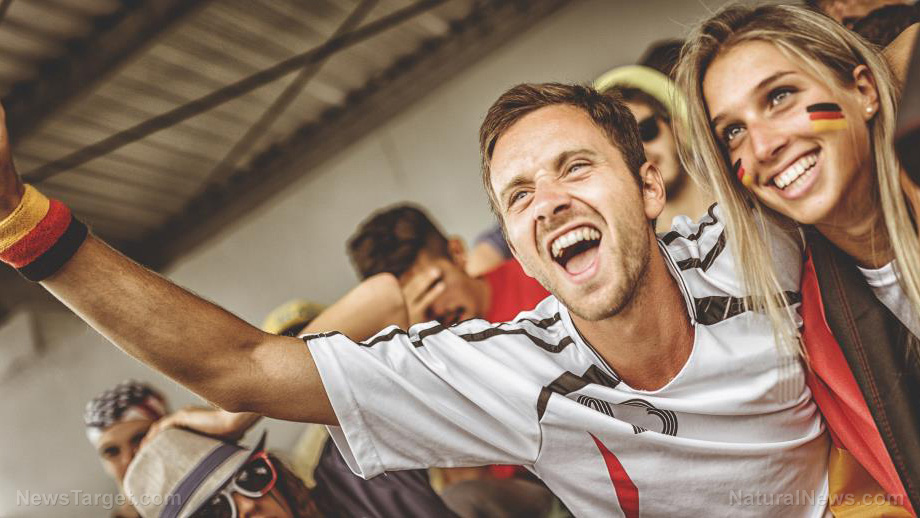 Soccer fans around the world have been unable to ignore the sudden influx of players collapsing on the field due to apparent heart-related events. It has been clear for some time that there is a link between heart inflammation and COVID-19 vaccines, but the media has been continually referring to the five-fold increase in cardiac events among elite athletes around the world as a coincidence. Now, however, these incidents are holding up matches for a different reason as several fans recently experienced massive heart attacks in the stands while watching matches. Last week, a match between Southampton and Leicester and a match between Watford and Chelsea both had to be stopped on account of medical emergencies in the crowd. At the Watford-Chelsea match, which took place at Watford’s Vicarage Road, a fan suffering a heart attack in the first half led to the suspension of the match for more than half an hour while medical staff from both teams treated the fan and the players left the pitch. Both teams refused to go on with the match until learning the fate of the fan, who was brought out of the stadium on a stretcher and taken to a nearby hospital for treatment. According to a post on Twitter by the Watford Football Club, the fan had a cardiac arrest and was stabilized. The football club tweeted thanks to the medical staff, players and fans for responding quickly. Chelsea, who went on to win the match 2-1 and hold onto their position leading the Premier League table, also sent a message of support for the fan. Meanwhile, the second half of a match between Leicester and Southampton at Saint Mary's Stadium had to be delayed for 15 minutes after a supporter collapsed during the interval. The fan was treated inside the stadium and then brought to a hospital.

The incidents come following a string of similar emergencies involving players. In one recent incident, Adama Traore of Sheriff Tiraspol collapsed on the pitch clutching his chest in a Champions League match against Real Madrid. His team has not released information about what caused the chest pains, however. In June, Denmark midfielder Christian Eriksen collapsed during a Euro 2020 match (which had been pushed to 2021 because of the pandemic) and suffered cardiac arrest. He reportedly tweeted about getting his Covid jab in May, but the tweet is no longer available. The 29-year-old had an implantable cardioverter defibrillator (ICD) fitted to correct his irregular heart rhythms and is expected to terminate his contract with his, team Inter Milan, as he is no longer eligible to play in Italy because of his heart problem. In another recent incident, 33-year-old Sergio Aguero of FC Barcelona was forced off the field in his team’s match against Alaves with chest pains. He was then diagnosed with a cardiac arrythmia that will see him spending at least three months resting. The Argentinean player had just recently joined the team, at which point he was given a comprehensive physical exam, making it appear unlikely this was a pre-existing condition for him. Interestingly, he had recently appeared in an ad for the Catalunya region’s health department urging people aged 12 and older to get a COVID-19 vaccine. Last month, a second-division match in Norway had to be stopped as Icelandic soccer player Emil Palsson suffered cardiac arrest while playing. He was resuscitated and brought to a hospital for treatment. As more of these incidents occur, it is getting harder for the mainstream media and vaccine defenders to claim it’s all somehow a big coincidence, especially in light of a new study published in the American Journal of Cardiology that found a statistically significant increase in a heart inflammation known as myopericarditis among vaccinated men, particularly those aged 25 to 44. And with increasing numbers of young people getting Covid vaccines around the world, it’s a problem that we may continue to see for quite some time. Sources for this article include: ZeroHedge.com DailyMail.co.uk AJCOnline.org
Mastodon
Parler
Gab
Copy
Tagged Under:
vaccines Vaccine injuries heart attacks sports arrhythmia Cardiac Arrest soccer adverse reactions badhealth covid-19 spike protein covid-19 vaccines
You Might Also Like