Top Stories from Independent Journalists Across the Web
THOU SHALT NOT SPEAK: Judge says Chicago police union not allowed to discourage members from getting vaccinated for covid
By ethanh // 2021-10-19
Mastodon 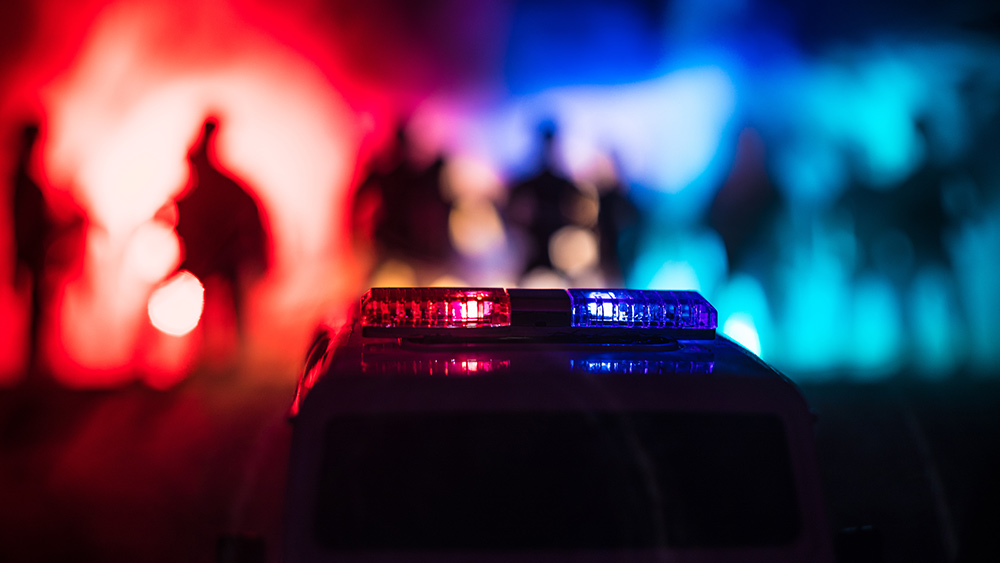 Cook County Circuit Judge Cecilia A. Horan has ordered Chicago Fraternal Order of Police President John Catanzara to stop discouraging the city's police force from taking the Wuhan coronavirus (Covid-19) "vaccine." In Horan's opinion, Catanzara does not have any First Amendment rights when it comes to telling his police officers that getting injected might not be in their best interests. On Oct. 15 following a lengthy emergency hearing on a request for injunctive relief that was filed by the city early in the day, Horan proclaimed that Catanzara must immediately stop trying to help police officers avoid the deadly clot shot, which stands a good chance of killing them. Last week, Catanzara urged Chicago police officers to not comply with the city's mandate requiring them to tell the government whether or not they got injected with one of Donald "father of the vaccine" Trump's "Operation Warp Speed" injections. "I've made my status very clear as far as the vaccine, but I do not believe the city has the authority to mandate that to anybody – let alone that information about your medical history," Catanzara said in a video posted to the union's YouTube page.

Lori Lightfoot freaks out at Catanzara, accuses him of "trying to foment an illegal work stoppage"

Chicago Mayor Lori "Beetlejuice" Lightfoot pitched a fit after catching wind of Catanzara's freedom of speech. She railed against the guy in a statement, falsely accusing him of "trying to foment an illegal work stoppage, a strike" by trying to protect Chicago police officers. It was Lightfoot who filed the lawsuit that led to Horan's order, prompting the union to respond by filing a motion to dismiss. The Chicago Fraternal Order of Police also filed a separate lawsuit against the city seeking arbitration. The announcement by Horan came on the same day that all city workers in Chicago, including police officers, were told was the deadline for producing evidence that they received the jabs in obedience to the government's command. City workers in Chicago who choose to remain unvaccinated are to be punished with mandatory twice-weekly "testing" with fraudulent PCR tests, which are calibrated to produce false "positive" test results in the unvaccinated. These tests will need to be paid for out-of-pocket by city workers, Lightfoot decreed, though Catanzara and others will apparently not be complying with the unconstitutional order. According to reports, any Chicago city worker who refuses to share his or her vaccination status with the government faces suspension. Come Dec. 31, all employees will need to be fully vaccinated in order to keep their jobs, the only exemptions being for religious or medical reasons. The restraining order on Catanzara will remain in place until Oct. 25 when there is another hearing scheduled. Immediately following the judge's order, Catanzara uploaded a video stating: "With that being said, everybody has to do what’s in their hearts and minds, whatever that is." Catanzara was seen in the same video holding up a sign suggesting that he is planning to run for mayor of Chicago in 2023. "Excuse me, but he is fully entitled to express his personal opinion anywhere, at any time, in any subject, to anyone," wrote one commenter about Catanzara's right to free speech, no matter what Horan says. "See the First Amendment. Literally the first day of judge school. Otherwise now known as Pre-K." Another commented that the judicial branch does not have jurisdictional authority to order the executive branch to do anything, except in a pending case. The latest news about the left's obsession with Wuhan coronavirus (Covid-19) fascism can be found at Libtards.news. Sources for this article include: TheEpochTimes.com NaturalNews.com
Mastodon
Parler
Gab
Copy
Tagged Under:
vaccines fascism free speech First Amendment vaccination tyranny Chicago judge health freedom revolt resist badhealth badmedicine vaccine wars COVID Plandemic police union Cecilia Horan
You Might Also Like