Top Stories from Independent Journalists Across the Web
Australians who refuse covid vaccines will "lose their freedoms," warns deputy premier
By ethanh // 2021-10-05
Mastodon 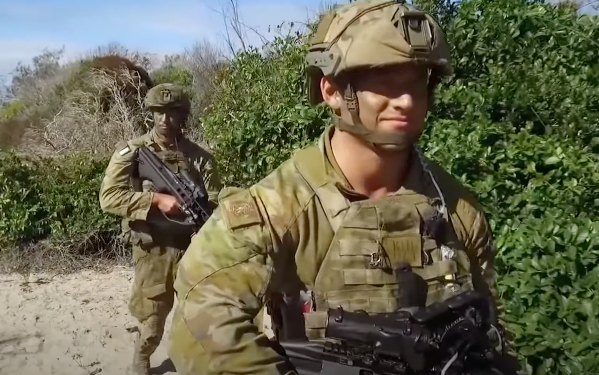 John Barilaro, the Deputy Premier of New South Wales, is threatening the "unvaccinated" that they will "lose their freedoms on the 11th of October" if they refuse to get "vaccinated" for the Wuhan coronavirus (Covid-19) by that date. "The message to the unvaccinated is that you will not achieve any further freedom unless you get vaccinated," Barilaro added in his public threat, which was broadcast throughout the region. In southeastern Australia where Barilaro rules with an iron fist, area residents are still being confined to their homes and forced to wear a mask whenever they venture out for groceries. Barilaro was also caught last month calling 300 people who attended a man's funeral "dickheads." It turns out that the event was fully "covid compliant," but Barilaro just assumed that it was not and proceeded to put his foot in his mouth by calling them vulgar names during their time of mourning. Things are so bad in Australia that even foreigners are not allowed to leave. An American woman says she is being forced to get injected against her will and is not allowed to leave the country. In Sydney, citizens are stuck under "abject fascism," according to people who are there on the ground witnessing and experiencing it. In Victoria, police are harassing and terrorizing protesters who attempt to defy the government's orders, often using violence to get the message across that freedom is gone due to the Chinese Virus. "There's reason to believe Australia's authoritarian response to COVID-19 has actually diminished trust in the vaccine and discouraged citizens from receiving it," reported Big League Politics.

If this was really about "saving lives," the government would not be destroying lives

That all of this is happening in Australia first is ironic, seeing as how the continent started out as a prison colony. And now that Aussies no longer have legal firearms, the government seems to be reverting the land back to the prison colony it once was, knowing that residents will not be able to put up much of a fight. "Australia's prison regime is doubly so, creating what could be a compelling argument against vaccination by associating it with a brutal, tyrannical regime," Big League Politics adds. Every horrible thing that governments are doing to people in Australia and beyond is supposedly to help "save lives," we are told. But how can this be when all the tyranny is damaging and even ending people's lives? In what parallel universe is total medical fascism and nonstop government oppression an act of benevolence? How could anyone think that this constant mistreatment is a sign that the government cares for us and wants us to be healthy? "These poor souls are getting a taste of what Ukrainians went through in the mid 1930s," wrote one Natural News commenter about the situation in Australia. "The Soviets not only searched every nook and cranny of every farm and stole every morsel of food, but they set up a military blockade along the entire border of Ukraine. The people were trapped in their own land with no hope of escape, and 6+ million people died by starvation in only a few years. The technocrats have openly announced their plan to bring this upon the entire world on behalf of the demons whom they worship and serve." "Halleluiah for this health situation which prompted me to fly out of Melbourne in February '20, passing through Honolulu and Seattle on the way. My marxist-satanist sister-in-law was trying to convince me to stay Down Under, but thankfully I listen to the Holy Spirit instead. Otherwise, suicide would've been a very appealing option. 'A man's heart plans his path, but Elohim directs his steps' – Mishle 16:9. The latest news stories about Wuhan coronavirus (Covid-19) tyranny can be found at Fascism.news. Sources for this article include: BigLeaguePolitics.com NaturalNews.com
Mastodon
Parler
Gab
Copy
Tagged Under:
vaccines fascism freedom tyranny Australia pandemic obey vaccine wars masks lockdowns COVID John Barilaro
You Might Also Like