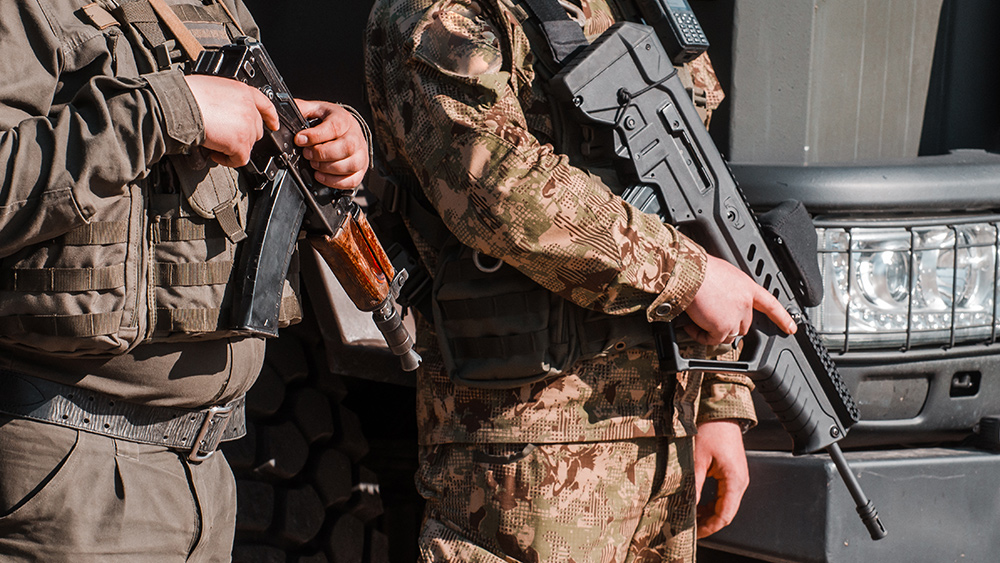 Vietnam has deployed soldiers to enforce the country's extreme Wuhan coronavirus (COVID-19) lockdown in Ho Chi Minh City, its largest urban area and the epicenter of its current outbreak. The socialist nation's authorities announced Ho Chi Minh City's repressive lockdown restrictions on Friday, Aug. 20, as a response to the still-surging COVID-19 outbreak. Earlier lockdown restrictions implemented in July have not stopped the new COVID-19 cases. The announcement prompted a rash of panic buying, as the nine million people in the city all surged into supermarkets and other stores all over the city to stock up on essential supplies. "It's looking chaotic," said one person living in the eastern part of Ho Chi Minh City. "Too many people are rushing out to buy food and essential stuff for their hard days ahead. I have managed to buy some food, as I don't want to die from hunger before dying from coronavirus." https://twitter.com/ngahpham/status/1428965770206322689 Under the new lockdown regulations, almost every single person in Ho Chi Minh City is barred from leaving his or her home. This rule even prohibits people from going out to the supermarket to purchase food and other essential supplies. (Related: "Zero covid" nations with strict tyranny and heavy-handed vaccine compliance seeing biggest explosion of new "cases.") "We are asking people to stay where you are, not to go outside. Each home, company, factory should be an antivirus fort," said Pham Duc Hai, deputy head of Ho Chi Minh City's coronavirus authority. "People must absolutely stay put, isolate from each other, from house to house, from community to community," said Prime Minister Pham Minh Chinh. Since the beginning of the pandemic last year, Ho Chi Minh City has recorded over 180,000 infections and 7,000 deaths. The city alone makes up over half the country's infections and around 80 percent of its fatalities. On Sunday, the Ministry of Health reported the country's largest single-day tally of deaths at 737. Most of these deaths were from Ho Chi Minh City. The country's coronavirus outbreak has also strained its healthcare system. Over 14,600 additional doctors and nurses have been called up to Ho Chi Minh City and its neighboring provinces to support its hospitals and other healthcare facilities. Patients with mild or no symptoms have even been told to just quarantine at home rather than head to a hospital. The lockdown in Ho Chi Minh City began in early July. This earlier lockdown alone was already very repressive. Public gatherings of more than two people were banned and people were only allowed to leave their homes for essential reasons such as purchasing food.

The socialist authorities of Vietnam are increasingly portraying the country's fight against COVID-19 as a military campaign. Statements from politicians and public health authorities regularly contain wartime analogies. Police and military units are increasingly being mobilized to enforce lockdown restrictions. This is the case in Ho Chi Minh City. The city authorities said the military, with the assistance of volunteers, labor unions and veterans, will be delivering food to city residents. Witnesses in Ho Chi Minh City told mainstream news outlet Reuters that soldiers and volunteers have been delivering food to city residents. State-owned media outlets have also broadcast images showing armed soldiers manning checkpoints and checking the documents of people leaving their homes. Sources from the Phu Nhuan and Go Vap districts in the central part of Ho Chi Minh City also told Reuters that they had received packages of rice, meat, vegetables and fish from the military. The central government in the northern city of Hanoi also announced that it would send 130,000 tons of rice from state stockpiles to Ho Chi Minh City and 23 other cities and provinces to prevent lockdown-induced starvation. The extreme lockdown restrictions will remain in place until at least Sept. 15. This will probably be extended if the country's health authorities keep discovering new COVID-19 cases. Learn more about the extreme COVID-19 lockdowns being implemented in Vietnam and the rest of the world by reading the latest articles at Pandemic.news. Sources include: News.Trust.org ABC.net.au Reuters.com TheDiplomat.com
Mastodon
Parler
Gab
Copy
Tagged Under:
police state government military socialism tyranny Vietnam pandemic health freedom medical extremism lockdown badhealth badmedicine coronavirus covid-19 coronavirus lockdown
You Might Also Like