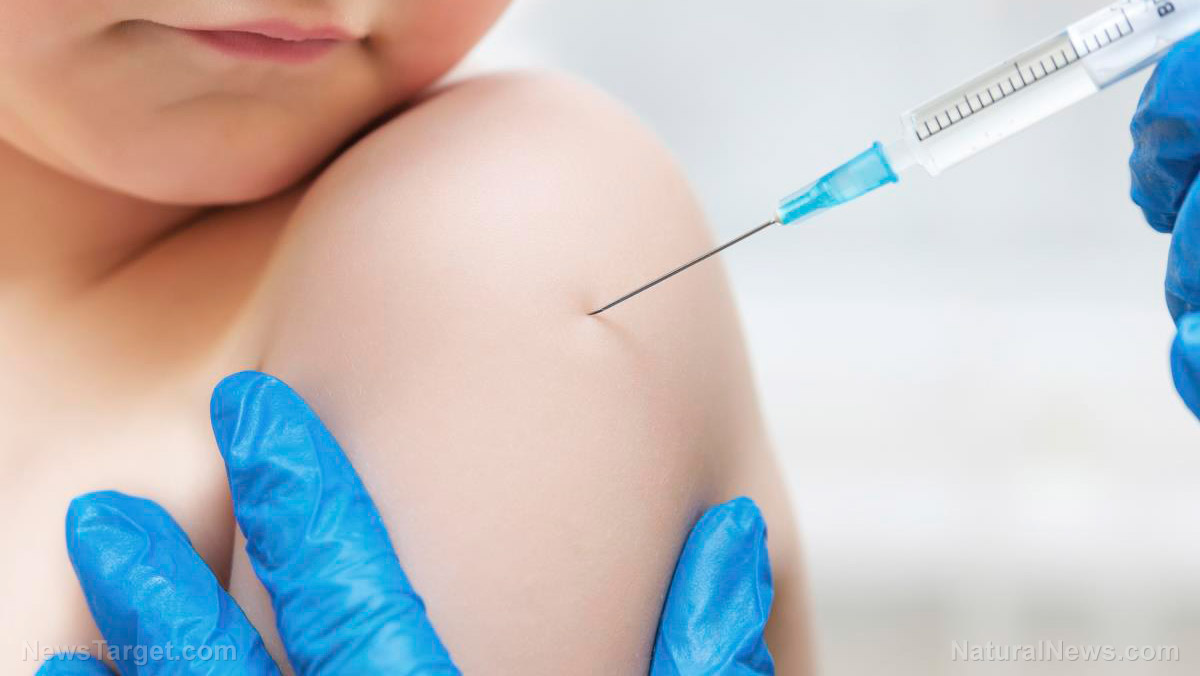 Dr. Anthony Fauci is staying true to his mission, and is ready to use children as human guinea pigs for coronavirus vaccine experiments, while ignoring the harm the vaccines are doing to a subset of the elderly population already. “Hopefully by the time we get to the late spring, early summer we will have children being able to be vaccinated according to the FDA’s guidance,” said Dr. Anthony Fauci, the nation’s highest paid voice of coercion and control. The only problem with Fauci's demand: The FDA has no data to justify child exploitation. The drug companies cannot enroll enough adolescents in their experimental trials. All available data shows that the infection is not deadly for children, either. The vaccine companies have struggled to get parental consent in order to use children for the new mRNA vaccine experiments. Moderna publicly admitted that they can’t convince enough parents of children twelve and under to enroll in the experimental trials. “We as an industry cannot just put out a vaccine without testing it,” said Dr. Maria Ryan at the Cottage Hospital in New Hampshire. “And we have to have volunteers to test.” This requires parental consent, something Dr. Fauci would like to bypass.

Dr. Fauci is recklessly pushing vaccines on children without adequate research in place, without adequate informed consent. He continues to blindly believe that widespread injection of experimental mRNA is the only way to eradicate SARS-CoV-2 and achieve herd immunity. Fauci believes the experimental vaccines will stop viral replication and viral transmission, slowing down the virus’s ability to mutate. On the contrary, medical interventions are known to put pressure on competing pathogens, forcing the virus or bacteria to adapt more rapidly in order to survive among human hosts. Under pressure to survive, pathogens will evolve new traits. As SARS-CoV-2 spread rapidly, it became endemic in most parts of the world (the infection is constantly maintained at a baseline level in a geographic area.) As more immunity is achieved, mortality rates fall. In a way, the virus becomes attenuated (weakened) throughout the population, as human immune systems adapt to their environment. The reality of coronavirus infections is that they are inevitable; the human immune system was designed to adapt to them. Pathogens will always be able to take advantage of de-oxygenated cellular terrains and malnourished immune systems that are suffering from oxidative stress and poor nutrient absorption.

The hope of herd immunity will come, many years down the road, only if the most compromised improve their immune system

Because SARS-CoV-2 is in the family of coronaviruses, it is ultimately a rapidly-evolving type of virus that will continue to find new ways to gain entry into human hosts. Because of this, the threat will never be completely eradicated from existence; therefore, herd immunity will be an elusive goal to attain, even if there were effective vaccines. Coronavirus, influenza and a vast array of respiratory infections will continue to infect people and exploit the weakest immune systems. Over thirty mutations were identified in the first few months after governments locked people down. At least five serious mutations have been identified in countries around the world since then. If vaccines are so important for ending this infectious disease, why wouldn’t a series of vaccines be necessary for each new strain? Government cannot vaccinate their way out of this health crisis. Civilization today is densely populated with immune-compromised individuals who are susceptible to complications from various respiratory infections. In order to obtain herd immunity to any single respiratory pathogen, the most susceptible subset of the population would have to drastically improve their health, nourishing their bodies with antioxidants to help protect against oxidative stress and preserve the surveillance proteins on the surface of their immune cells -- especially in their lungs. In addition, the most susceptible subset of the population would need to improve their body’s ability to absorb nutrients, and eliminate routine consumption of processed foods, antibiotics, and antacid drugs that diminish their intestinal villi, the good bacteria in their gut, and the fortitude of their gut wall. Notwithstanding, the weakest would need to increase their intake of super-foods, nutrient-dense herbs, vitamin D, vitamin C, and minerals to help strengthen their T-cell antibody response and the innate surveillance immune molecules. When the most susceptible portion of the population is minimized and the health of the general population improves; then, populations will have a better chance at achieving herd immunity to SARS-CoV-2 and its mutations. The crisis that the world faces is larger than the named infectious disease itself. The science on how to improve cellular health, reduce inflammation, improve lung function, and enhance T-cell viability is abundant, but none of these measures are encouraged, incentivized or mandated. Instead, the population is given a false hope of continued and repeated vaccination, with new threats to turn America's children into experimental guinea pigs for endless dependence of mRNA software upgrades on their cells. Sources include: Pandemic.Warroom.org NaturalNews.com MSN.com NCBI.NLM.NIH.gov GenomeBiology.BioMedCentral.com ScientificAmerican.com BioRXIV.org Britannica.com NaturalNews.com NaturalNews.com
Mastodon
Parler
Gab
Copy
Tagged Under:
herbal medicine inflammation vitamin D immune system mutations T-cells herd immunity badscience badhealth badmedicine nutrient absorption parental consent Dr Fauci surveillance proteins endemic infections child experimentation blind trust in vaccines unnecessary inoculation mRNA experiment
You Might Also Like