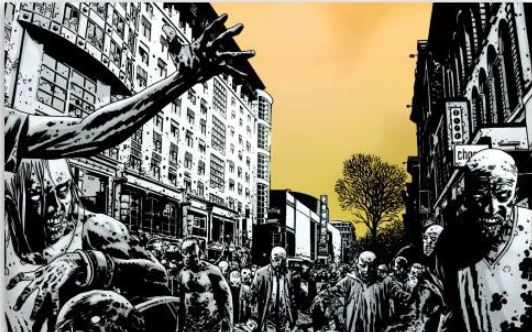 By now, if you haven't been vaccinated for Covid, then you know that the vaccine is much more dangerous than the virus. In fact, if you know anything about anything they put in vaccines today, then you know that Covid was just an excuse for ushering in communism in America, and a depopulation scheme that's got 150 million people set up like bowling pins, getting ready for the "big knockdown." Most important to realize, and it's not too late for the unvaccinated, is that the spread of fear of Covid was needed to establish government authority initially, that way they could further violate our constitutional rights and order us around -- to wear masks all day, social distance, shut down our businesses and only buy products from huge corporations that fund the fake war on Covid-19. It's a fake war, and "they" (Democrats, CCP and Globalists running DC) want your support. You see, governments all prefer populace support for a war, whether it's a kinetic war, a fake war on "terror," or a fake war against a "killer virus." The irony of it all is that this time the enemy isn't foreign at all; in fact, it's every American. There's always a cover for the real insidious agenda. There has to be for everyone to buy in. Of course, 9/11 was cover for Halliburton's embezzling of $5 billion and the constitution-and-privacy-crippling Patriot Act. The War in Afghanistan was cover for the US takeover of the opium trade for the heroin-based epidemic of highly-addictive, health-destroying prescription painkillers. Now, Covid-19 and the Delta Variant are cover for a communist takeover of America and the depopulation/sterilization campaign that can wipe out at least 50 percent of the US populace with one "booster" shot. Call it the "kill switch."

Getting vaccinated to death is considered "patriotic" because the country is being run by communists right now, who want to eliminate at least 3/4ths of Americans using domestic bio-terrorism (deadly vaccines) and move a billion Chinese here from China. Just as Hitler used propaganda to sell his motives as helpful for society and Germany's economy, the CDC and CCP are "selling" everyone on vaccines, masks, social distancing and lockdowns, in an effort to end America as we know it. That's why demented Joe, the fake president, just told everybody that Americans getting vaccinated is the most patriotic thing you can do. Visit CovidVaccineReactions.com if you already got a toxic Covid jab or two and you are experiencing side effects, blood clots or other adverse events. Then tune your internet frequency to Pandemic.news for updates on these crimes against humanity being delivered under the guise of inoculation. Sources for this article include: Pandemic.news NaturalNews.com TruthWiki.org NaturalNews.com
Mastodon
Parler
Gab
Copy
Tagged Under:
tyranny fake news Medical Tyranny obey enslaved bio-terrorism medical fascism liberty fake wars covid war war on terrorism
You Might Also Like