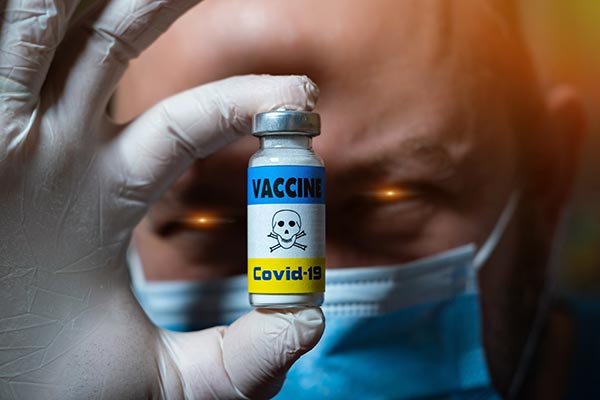 Researchers from Harvard University and the Massachusetts Institute of Technology (MIT) are warning that the messenger RNA (mRNA) technology used in Wuhan coronavirus (Covid-19) "vaccines" has the capability to forever alter recipients' genomic DNA, making them more susceptible to disease and death. Their December preprint paper contains findings about wild coronaviruses that challenge the CDC's (Centers for Disease Control and Prevention) narrative that synthetic mRNA from Chinese virus injections cannot enter cell nuclei where DNA resides. It also questions the CDC claim that cells get rid of this synthetic mRNA "soon after it is finished using the programmed instructions." "Under ordinary circumstances, the body makes ('transcribes') mRNA from the DNA in a cell's nucleus. The mRNA then travels out of the nucleus into the cytoplasm, where it provides instructions about which proteins to make," explains Children's Health Defense (CHD) about how the process works naturally. "By comparison, mRNA vaccines send their chemically synthesized mRNA payload (bundled with spike protein-manufacturing instructions) directly into the cytoplasm," it adds about how the synthetic mRNA found in Wuhan flu shots functions. Biochemist and molecular biologist Doug Corrigan, PhD, and his team say they were perplexed as to why many people who had already been injected for Chinese germs with synthetic mRNA still tested "positive" for them later on down the road. What they ultimately determined is that mRNA "vaccines" may be permanently altering human DNA through reverse transcription. Their paper explains that SARS-CoV-2 RNA s "can be reverse transcribed in human cells," contrary to what the CDC claims. Further, "these DNA sequences can be integrated into the cell genome and subsequently be transcribed," this being a phenomenon known as "retro-integration." Check out this article to learn more about how mRNA technology works.

If you were "vaccinated" for the Wuhan flu, your body could initiate a deadly cytokine storm the next time you encounter germs

According to Corrigan, his team's findings run contrary to the "current biological dogma" concerning Wuhan coronavirus (Covid-19) injections. They also belong to a category that he humorously describes as "Things We Were Absolutely and Unequivocally Certain Couldn't Happen Which Actually Happened." In other words, the "science" being touted by the likes of Anthony Fauci is wrong again. Getting injected with experimental gene therapy chemicals from Pfizer-BioNTech or Moderna is a recipe for permanent, life-altering DNA changes that could result in death. The CDC's assumptions about Chinese virus injections being "safe and effective" are completely unsubstantiated, and Corrigan highlights why in a post on his blog that he published prior to his paper's release. Corrigan also wrote a second post that warns about the potential for synthetic mRNA to alter human DNA permanently, which he describes as "the big elephant in the room." In Corrigan's view, the information contained in his preprint "validates that this is at least plausible, and most likely probable." The DNA-to-mRNA pathway is not a one-way street like the CDC claims. Reverse transcriptase enzymes do, in fact, have the ability to convert RNA into DNA, which can then integrate back into cell nuclei DNA. More than 40 percent of mammalian genomes, it turns out, comprise the products of reverse transcription. "The preliminary evidence cited by the Harvard-MIT researchers indicates that endogenous reverse transcriptase enzymes may facilitate reverse transcription of coronavirus RNAs and trigger their integration into the human genome," CHD explains. The potential result of this, Corrigan and his team warn, is "a more severe immune response" among the "vaccinated" when they are exposed to wild-type illness – think cytokine storm or autoimmune disease. More of the latest news about Wuhan coronavirus (Covid-19) mRNA injections can be found at ChemicalViolence.com. Sources for this article include: ChildrensHealthDefense.org Science.news ScienceWithDrDoug.com ScienceWithDrDoug.com
Mastodon
Parler
Gab
Copy
Tagged Under:
vaccines vaccination science fraud Dangerous Medicine badhealth badmedicine coronavirus covid-19 cytokine storm mRNA pharmaceutical fraud messenger RNA reverse transcription
You Might Also Like