A reporter for a Fox affiliate in Houston has been suspended after exposing her bosses’ corruption and illustrating how they deceive viewers to protect their advertisers. Ivory Hecker, a dayside reporter on the 5 and 6 o’clock news for FOX 26 Houston, shared recordings of her superiors and colleagues with Project Veritas that highlighted the censorship they’ve been directing at stories on topics like COVID-19 and Bitcoin. She added that the affiliate’s leadership has been submitting to the corporate interests of Fox instead of being transparent with viewers. She told Project Veritas: "There's a narrative. Yes, it is unspoken. But if you accidentally step outside the narrative, if you don't sense what that narrative is and go with it, there will be grave consequences for you." One incident she shared had a decidedly racial tone, with Assistant News Director Lee Meier telling her that stories were judged based on certain demographics and that a “poor African-American audience” would not be interested in Bitcoin stories. She was particularly unhappy about the pressure network execs placed on her to minimize stories that paint the controversial drug hydroxychloroquine (HCQ) in a positive light as a COVID-19 treatment. Her bosses said she shouldn’t have questioned United Memorial Medical Center Chief of Staff Dr. Joseph Varan about the drug in an interview in which he touted its success. She said Fox wrote a defamatory letter about the incident and put it in her file to stop her from moving up in the company. On July 29, she voiced her frustration on Instagram about Facebook and Twitter’s censorship of Dr. Stella Immanuel, a doctor who has been vocal about her success in treating COVID-19 patients with HCQ. In a post entitled “A free press = a free people”, she wrote: “Freedom of information is critical to the freedom of the people, as history has told time and time again. “Let’s shed light on all information and let the public decide rather than hiding information from the public. Is this woman making false or harmful claims? Then leave the video up and allow us to expose those things.”

She said that ad dollars from the CDC and other money-making incentives were behind the censorship. Fox 26 Sales Coordinator Jennifer Bourgeois admitted on tape how the CDC has been influencing their station and others quite heavily because of the amount of money they’re throwing at ad campaigns, which is setting the stage for how these networks cover major health issues like COVID-19. “Vaccines are a potential money maker for Fox,” Hecker stated. “Fox gets paid for that. As a viewer, you need to look at who is advertising on this TV station, and you’ve got to realize -- surely that the TV station doesn’t want to hurt its advertisers.” She also said that she had turned down an opportunity to work as a reporter for a global Chinese news network because she doesn’t like the way the communist government censors reporters – and now she is on the receiving end of censorship right here in the U.S. Hecker once had a meeting with Fox News execs, who told her that what she needed to be successful in her career was getting in line with the narrative. That conversation left her so frustrated that she says she would turn them down if they offered her a job. In fact, she told the Daily Beast that she no longer wants to work in corporate media. Why did she decide to expose her network? Hecker said she wanted to shed light on these issues because she wants viewers to know that they are being deceived and she does not wish to participate in the corruption that goes on there. It is sad but not surprising that this brave journalist lost her job for trying to do what all journalists strive to do and the reason many go into the business in the first place: to give people the information they need to make the best decisions possible about their lives – and not just the side of the story that corporate sponsors want people to hear. Sources for this article include: DailyMail.co.uk ProjectVeritas.com HoustonChronicle.com
Mastodon
Parler
Gab
Copy
Tagged Under:
mainstream media corruption censorship fox news journalism pandemic narrative traitors badhealth honest journalism covid-19 hcq corporate bias
You Might Also Like What to do with a lawless IRS? 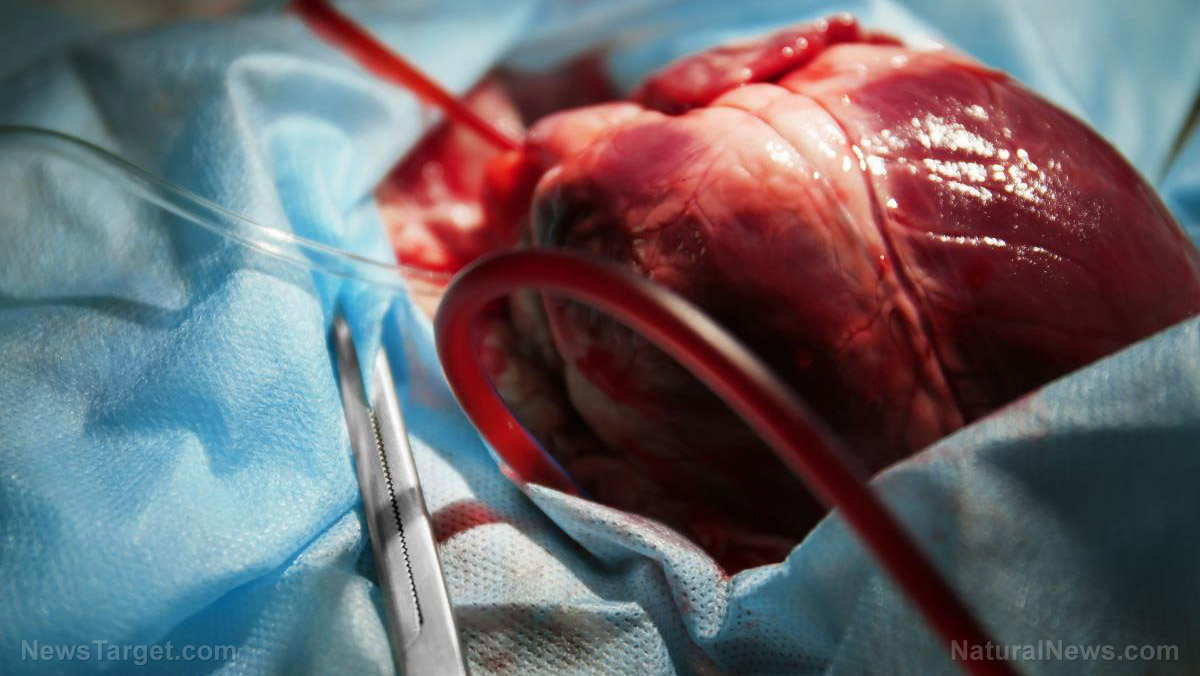 From hives to swelling: Pfizer and Moderna coronavirus vaccines linked to 4 skin reactions